Have a Merry Christmas everyone ~ ~ ~

That was not to say that the intelligence of the Jun Family was bad, but rather that the ones responsible for the Jun Family’s intelligence was used to not sending any news to the Young Master. Furthermore, this Young Master had indeed been quite busy for the past few days. If he was not busy trying to explore the secrets of the Exquisite Hongjun Pagoda, he was out supervising the training of the house guards. He even went to brew no small amount of wine, all of which were currently being placed aside for fermentation! As for the events that had transpired in the city, it was only after a few days did Jun Xie find out about it!

Naturally, there was a reason why the Jun Family was able to preserve its tranquillity. Regardless of the Tang Family or the Li Family, neither one had given the Jun Family any more than a suspicious glance. Disregarding their famed debauchee, the members of the Jun Family were either too old, too crippled or too prodigal. Who exactly could they send out? Grandpa Jun was an honourable man whose actions were done in broad daylight, a fact that even his enemies could not deny. Naturally, it could not have been him.

As for Jun Moxie… Hey! Even the act of suspecting Jun Moxie would be a huge disgrace for those six experts who died out in the streets! Who would believe that this debauchee could have the ability to kill off a Silver level and five Ninth level Xuan Qi expert?

However, not everyone in the Jun Family was unscathed!

Thanks to the Young Master Jun having so much free time for the past few days, he decided to use the time to brutally put the house guards through a skin rending training program!

However, not a single one of them voiced out a complaint!

The reason was very simple, they felt embarrassed, simply too embarrassed, so much so that they could not open their mouths to do so!

If each of the house guards had a layer of their skin rent, then Jun Xie had three layers of his own skin rent! Perhaps even more!

During the past few days, watching the training that Jun Xie put himself through caused even the iron blooded Jun Wuyi to feel a chill run down his spine!

His schedule for the day was: In the early dawn of the morning, Jun Xie woke up on time and went to the courtyard. There he found a secret corner for him to meditate. As for why he did not meditate in his room, he wanted a place that could connect him to the world, the nature. The fresh air brought by the early morning breeze was a gift of nature!

An hour later, he strapped on weights to his body, legs, arms and wrists. After which, he began his training in a variety of basic moves. Normal punches, straight punches, hooks, uppercuts; normal kicks, front kicks, roundhouse kicks, sidekicks, back kicks. No rest were allowed in between sessions. After the set was complete, he immediately moved on to push ups, sit-ups, oblique sit-ups, duck walk, leapfrog, leg stretching, hanging upside down. After finishing this session, his body was at the point where no more sweat could come out!  The muscles in his entire body were invigorated to the extreme. If this training was given to an ordinary person, even if that person was to persevere to the end, that person would end up being exhausted to the point of death!

However, this was just the beginning!

After having exercised both his hands and feet, it was finally time to start training in some set of martial arts movements, each performed meticulously!

Even if these actions were simply practiced according to style without substance, it would still cause one to be drenched in sweat. After all, each was executed to adhere to a strict standard. Each punch, involved each body parts from the toe and the heel, then to the twisting ankles, the calf muscles, the hamstring, the thigh, and the waist. Each of them channelled the strength and momentum up towards the shoulder, which was then sent to the arm. The resulting punch was one executed with the strength of the entire body!

Each punch was executed with all his strength!

A martial arts clan once said, in training what was important was the simplest of punches and kicks. However, this simple punch and kick must involve all the muscles in the body for it to display its greatest level of strength! Some punches can take a person’s life, but some punches end up causing the one who threw to punch to sprain their wrist. This was the main reason that could happen!

This principle applied to other actions as well.

Even if the action only involved a simple punch, it was also a form of martial arts!

This simple form of basic training is the best way of honing the mind of a martial artist. As for Jun Xie, he had his body and limbs strapped with weights, increasing the level of difficulty by tenfold! The amount of energy required exceeded even that!

However, this difficult level of training was only the first day of Jun Xie’s formal training! The fierce battle in the rain had given birth to the urgent desire to increase his strength – this body was simply too weak!

After completing the entire morning training program, the Jun Family house guards were all assembled before him. Thus began their bitter and hellish training! In addition, Jun Xie would participate in every set of training that he ordered out! He trained alongside them and finished it alongside them!

These set of training were the ones from his past life, aimed at producing a super assassin, one that was comparable to a training from hell! Some would willingly jump into hell rather than endure this devilish form of training!

Jun Xie’s fellow martial brothers and sisters once spread out these words in secret: Better to circle King Yama’s palace nine times, than to let the Evil Monarch be in charge of training! Evidently, Jun Xie’s methods of training were simply monstrous!

After which I must sweat and work harder than any other person! Otherwise, I might as well forget about it!

It was only after these two had been done, can one be qualified to talk about opportunities! Without hard work, even if the opportunity was to present itself before one, that person will still not be able to grasp it!

Hoping for gods to appear and lift oneself to become an immortal was an unrealistic fantasy! Even if one were gifted with the best luck in the world, holding onto the most powerful treasure in the universe, without hard work, that person would still amount to nothing in the end!

In order to subdue others, and even the whole world, one must first be able to subdue themselves!

This was the absolute minimal of conditions!

After finishing the special training for himself, he had the house guards run twenty laps around the training ground. Jun Xie himself, ran no less than them! The same goes for the other training sessions. With his current body state, Jun Xie ended up being last in each session, but in every training session, he obstinately persevered to the end!

After finishing the first day of training, Jun Xie was exhausted beyond the realm of consciousness. However, the pride of the gold ranked assassin and the dignity of the Evil Monarch supported him, allowing him to neither give up nor break down until the very end!

Although this body had undergone the Pulp Rending Meridian Cleanser process, Jun Xie wanted to train this body to the point of perfection as soon as possible! It was only after every muscle in his body had been coordinated accordingly can it be considered to have met Jun Xie’s lowest level of requirements! But how could this be accomplished?

For those who do not work hard, even if a divine fruit was to fall from the Heavens unto them, they would only be crushed to death by this divine fruit! There would be no chance for them to even taste it!

Currently, Jun Xie was in the possession of the Exquisite Hongjun Pagoda and the Art of Unlocking Heaven’s Fortune. However, both martial arts and cultivation of this skill must be achieved simultaneously! If the body were not strong enough, then one would be destroyed even with the aid of a divine skill!

The three hundred house guards originally held a sceptical attitude towards Jun Xie’s participation in their training. They believed that the Young Master was only doing it for fun. Seeing him stagger about to the point of collapsing right from the beginning, all of them chuckled in their hearts, convinced that he would not be able to endure for a long time. Some of them decided to start a bet, discussing about the rate and odds as they were perspiring and training. 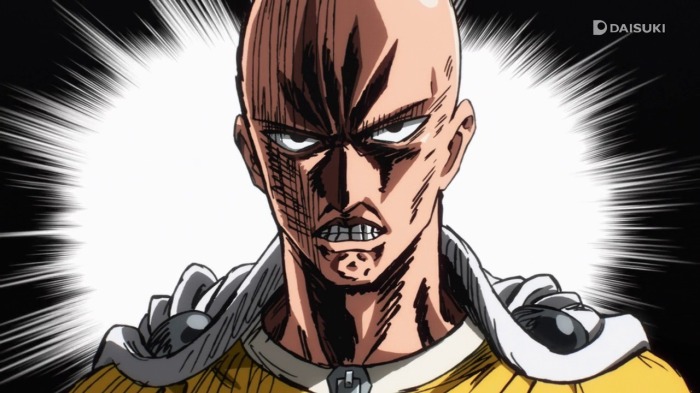 Stay informed of NEWEST chapters of Otherworldly Evil Monarch with notification directly sent to your email.